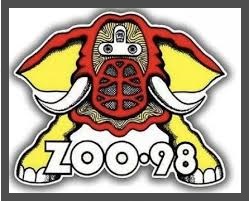 The KZEW 98 FM DALLAS playlist on Spotify has over 450 songs covering music between 1973 and 1978. There are a few selections later than 1978. By this time, both the art and the business had matured. Women artists like Joni Mitchell and Linda Ronstadt generated interest in their earlier albums with the success of their later albums. There were also more female voices with the rise of Heart, Fleetwood Mac and Jefferson Starship.The post super-group era produced an avalanche of ground-shaking albums like Dark Side of the Moon, Court and Spark, All Things Must Pass, Manassas, Talking Book, Who’s Next, Quadrophenia, Bad Company, Blood On The Tracks, Band On The Run, Pronounced Lynyrd Skynyrd, For Everyman, Innervisions, Blow By Blow, Sundown, Silk Degrees, Young Americans, Fleetwood Mac, Prisoner In Disguise, Still Crazy After All These Years, The Joker, Rumours, Phases and Stages, Viva Terlingua, Late For The Sky, Alone Together, Frampton Comes Alive, Born To Run, So What?, Shootout At The Fantasy Factory, and Low Spark to name only a few.

In real life, KZEW played a lot of music from the KNUS playlist. However, there is almost no repetition between the two curated playlists on Spotify. If KNUS played it first, that song went on their list. These playlists are not comprehensive.