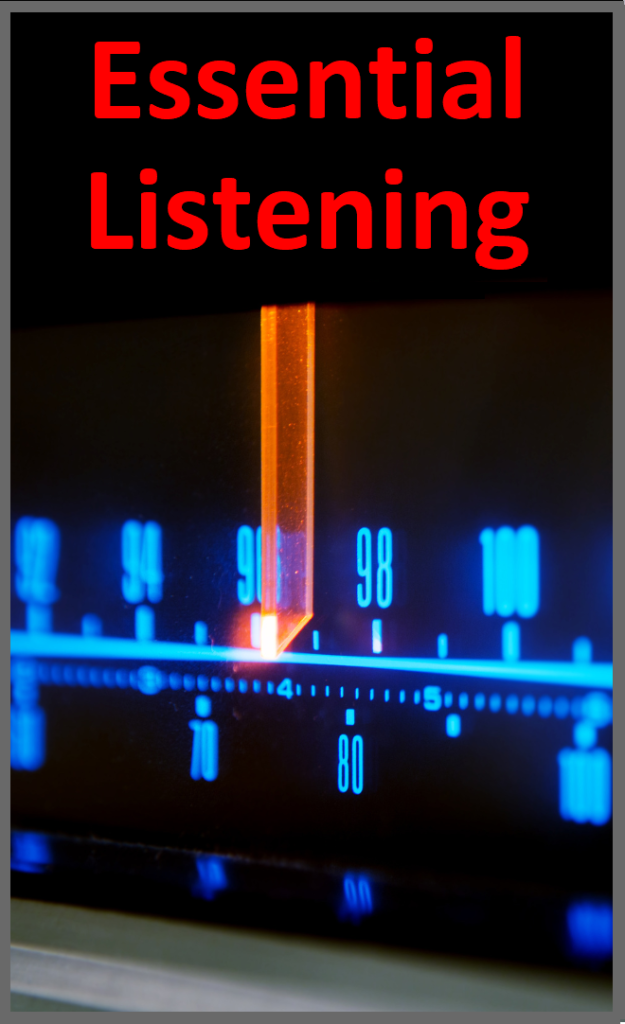 Expand your musical horizons with Essential Listening. Put on your best headphones, or crank up your Marantz receiver! We’re taking a musical journey back through time. Before the days of VCRs, music was an important part of people’s daily lives.

Essential Listening links to some incredible music, a lot of things you probably won’t find on your own. This is a course in the history of recorded popular music from 1940 to 2000. This music still resides in the collective memory of millions of people. It still has real artistic value. It’s still relevant. And it’s still really great!

Most of the music I discuss is available on Spotify, Apple, etc, but some tracks are only available on Youtube.

Listen with an open mind, and take the music in. For musicians, this is the first step to learning new music. I’m not going into in-depth descriptions. I won’t breakdown instrumental parts. I won’t talk much about the stories behind the music. The music speaks for itself.

Essential Listening centers on radio. From the 1920s until about 20 years ago, radio was the main way people connected to music. Radio was how people learned about music. It was social media before social media.

The late 1950s through the late 60s was the era of AM radio. The late 1960s until the early 2000s was the era of stereo FM. An amazing amount of important musical history happened in that short time. This is a chance for you to experience that history for yourself. Everything in music is built on what came before it. That’s why musicians should have a perspective on what happened, and in what order.

We will start with a few songs from the 1940s and 1950s. After that are playlists from five incredible radio station from the 1960s through the 1990s. These radio station playlists sum up the work of some of the best programmers in the country. Later, I’ll talk about selections from these playlists.